All started at the end of the XV Century when Ludovico Maria Sforza known as "il moro" created his own district.

Milano was under his power when he chose this private area of his Monopoly to host his court.

An example of the renaissance hospitality is the palazzo gave as a present to Lorenzo il Magnifico still in Corso Magenta.

Finally he commissioned lots of gardens: peace and silence to "escape" from the Castle and find here rest.

Legends speak about underground tunnels to leave unseen the Castle to the Palazzos of the district.

Funny and evocative names of the streets as Goose street or Street of the ducks, some still exists as Via San Vittore, others just changed their names in Via Matteo Bandello and Via Bernardino Zenale.

Geese weren't birds but the way to call the nuns of the order of the Orsoline del Convento di Santa Lucia from Porta Vercellina  suppressed in 1770.

Before 1865 (1959 battle of Magenta against the Austrian Empire) Corso Magenta was called Borgo delle Grazie and our Palazzo was at number 2671 in front of the Monastery of the Benedictine nuns of Holy Mary of the star. Then, form 1600, school and recovery for the feminine orphans for the will of Saint Carlo Borromeo.

The Santa Maria delle Grazie Basilica was the Gem of this ideal Renaissance district belong to the "Signore" (Lord) of Milano.

Ludovico Maria Sforza wanted the best: so he called Leonardo da Vinci for the Last Supper and Brunelleschi for the architecture of the Church.

Our Palazzo was later restored on the ancient foundation (end of 1400) having a new life at the end of 1700 in the Neoclassico Lombardo style for the Pecchio family coming form Tuscany to Milano.

This origin is evidenced in the affresco of lilies engraved in the walls of the yard. Another evidence is the coat of arms that hangs in the yard with the symbols of the Pecchio family.

In 1931 the Palazzo was bought from our family after the Government bought our former Palazzo to build the stock exchange square. (Palazzo Mezzanotte in Piazza della Borsa).

During WW2 the east part of the building was bombed, the front was burnt with an incendiary bomb.

The west part remained original with its wooden ceilings, one of the few examples in the area since the bombing destroy almost everything including the Basilica di Santa Maria delle Grazie, a part form the Last Supper.

The Palazzo hosted in its past the artist Fausto Melotti who lived and worked in his atelier on the ground floor for most of his life. 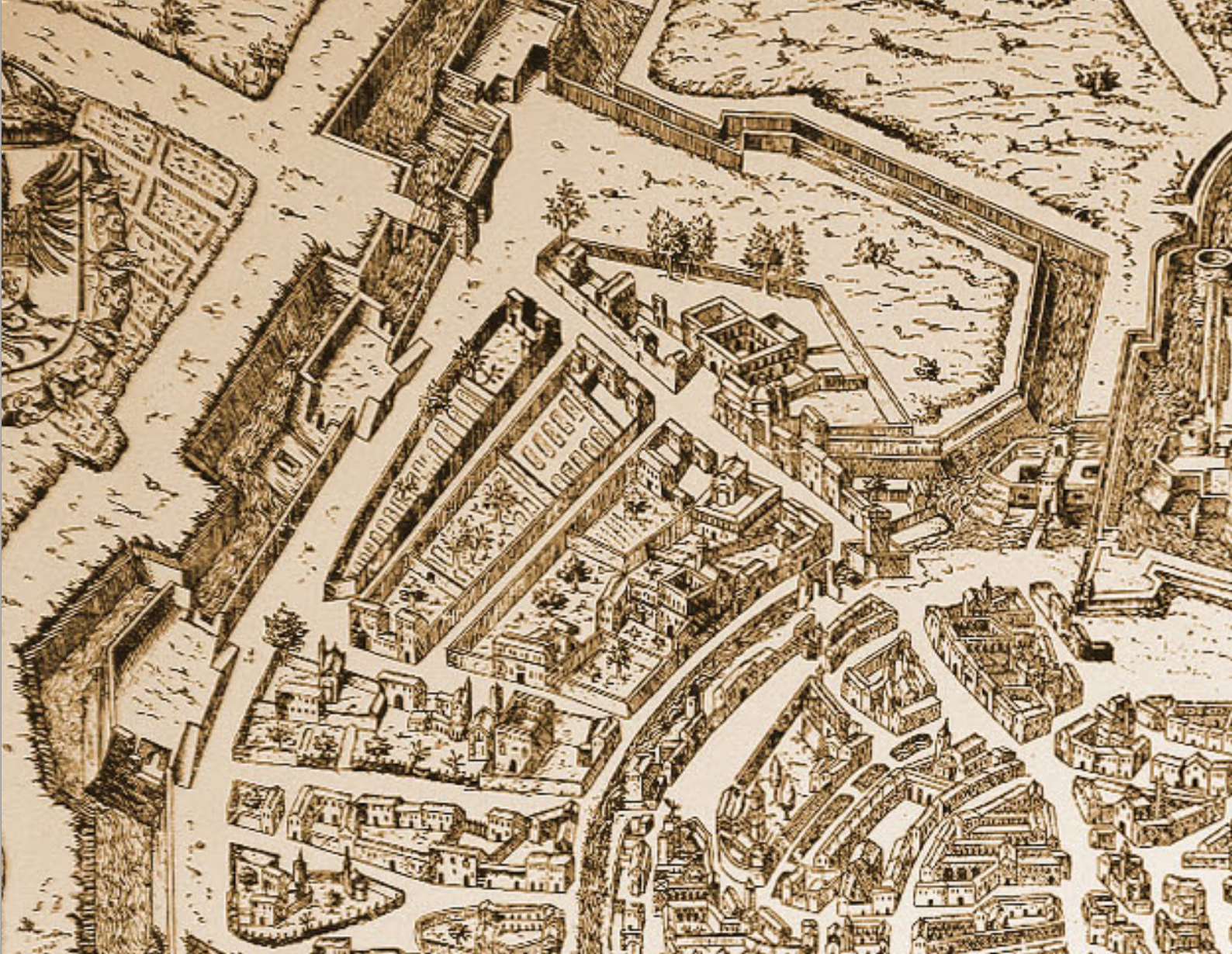 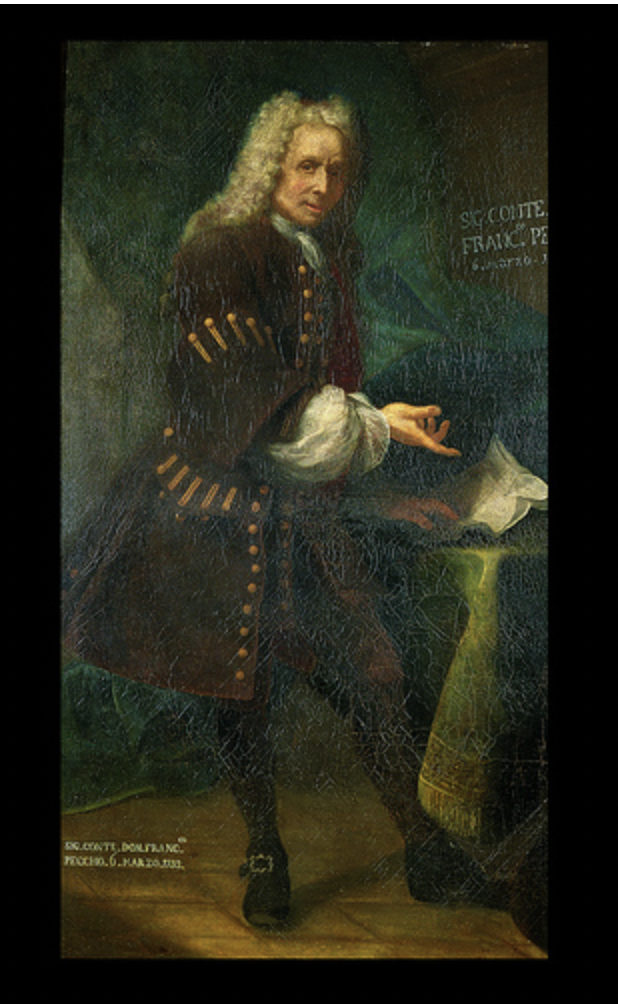 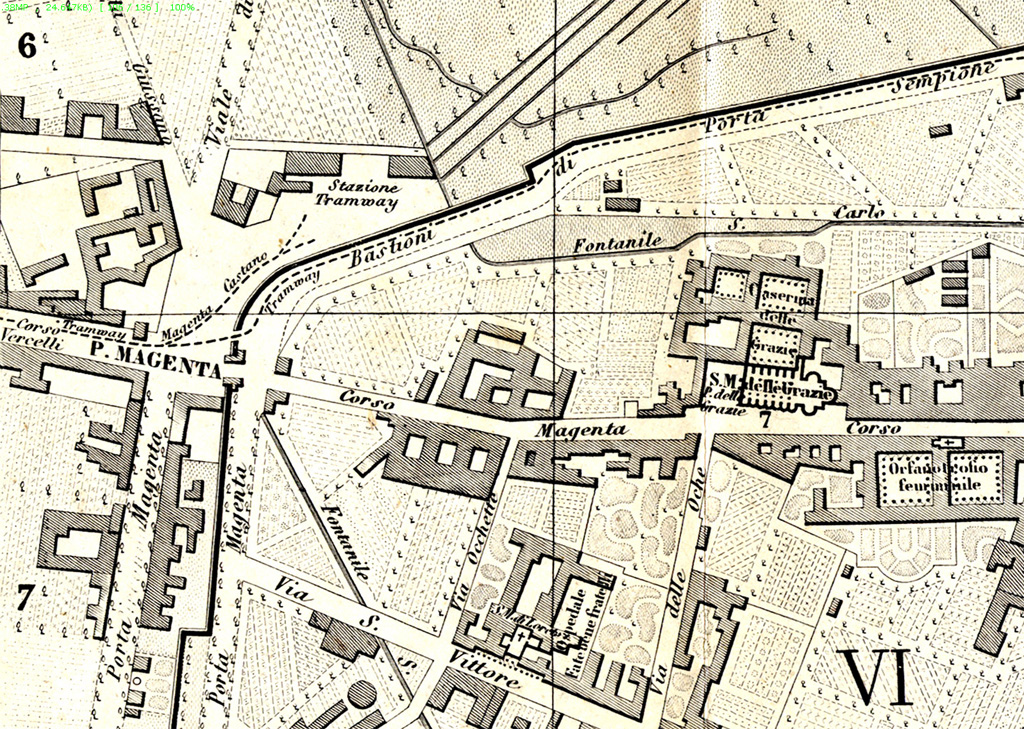